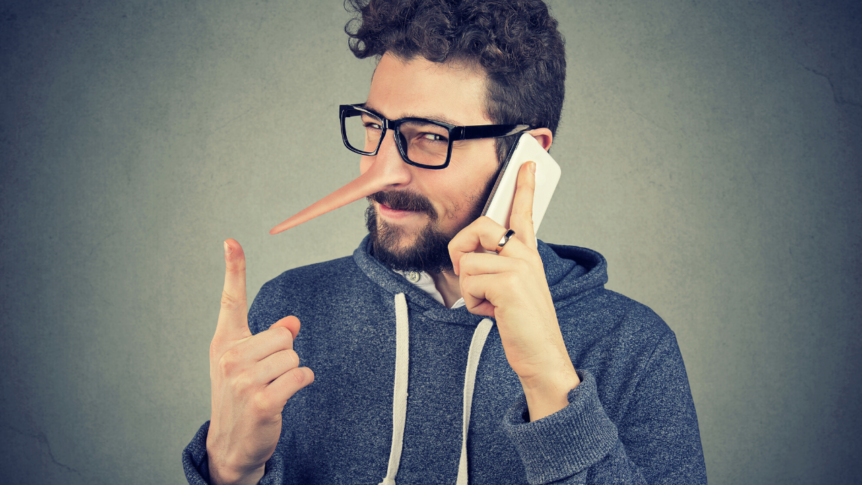 Did your ever wonder why guys can’t just be honest with you?

As I have been working with women from all over the globe, giving relationship and life advice from a guy’s perspective, the question that I get more than any other is “why can’t guys just be honest”? This question is generally asked by a lady who has just been ghosted after smashing on a first or second date or someone who is tired of being a late night booty call or friend with benefits.

The biggest issue that I have with trying to answer this question is its faulty premise. The question assumes that a guy automatically knows what he wants from a woman before he ever gets to know her and nothing that happens during the interaction between the two could possibly influence his decision.

This is like a guy taking a girl out on a date and spending all of his money only to be dismissed at the end of the night with not some much as a peck on the cheek saying “why couldn’t she just say that she didn’t want to smash?” This assumes that he has no ability to influence her decision with his own actions. Of course women often leave the house with no intentions of ending up with their legs over their heads screaming out the names of unemployed musicians after paying for the date because “he forgot his wallet” but yet this happens every night around 11:30pm. Plenty of ladies start out with a 90 day rule but end up caving after 90 minutes. This is because both parties involved in the dating experience have the ability to influence the outcome. Even if the young lady did leave the house with every intention to get wild that night, the guy still has the ability to mess that up and sometimes mess it up so bad that she never contacts him again.

Most women acknowledge that a man’s actions often decide whether or not she chooses to be friends, lovers, or ultimately become strangers. What most women don’t seem to acknowledge is that men are no different and asking men to be honest about what they want with someone before they get to know them is like asking someone what they want to eat at a buffet and getting upset when you look at their plate and see ribs instead of the salad you were expecting them to get. Of course they really wanted to eat the salad because being healthy is the ultimate goal but only after seeing the buffet could they know that the lettuce is wilted and the ribs are oh so juicy.

A guy can say that he wants to get married or be in a relationship but the truth is that his desire to be married doesn’t make marrying you any more desirable. His desire for a serious relationship may not make him anymore serious about you. Most women spend a lifetime looking for a guarantee, hoping to be rewarded for simply showing up and that’s just not how things work. If a guy says that he is looking for a serious relationship then you should know that he is looking for certain criteria or else he would already be in one. So in the future, instead of or in addition to asking what a guy wants, ask him who he wants and what kinds of characteristics he likes and dislikes. Don’t just ask, observe him and other men. The guys who sit around complaining about women not wanting them are the guys that simply want to get credit for showing up while the guys that constantly get women are the ones that actually listen and observe so that they know what each woman wants. Ladies can really learn from that philosophy.

How to Stop the Game

101: UNDERSTANDING WHY PEOPLE PLAY GAMES A lot of people want to know how to stop game, how to stop being played and to see when others may potentially try to play them. Unfortunately this can be very difficult to do when they don’t really understand why people play games in the first place. Not understanding the reason for a person’s actions means that you can only react emotionally to them however, one cannot make a sound plan from emotion. This video will show where game comes from and the reasons why people play. You will learn how to spot patterns and see similarities before the games begin. This video will set the groundwork for stopping the game altogether.

102: IDENTIFYING GAME Many people constantly find themselves in the same situations over and over again not knowing how to respond. When you can't identify game, you are simply forced to interpret whatever someone is doing as a true representation of how they feel. You are not in control because they are the ones creating the reality while you simply react to it. When you can't identify specific games, you simply can't execute a plan no matter how hard you try. This premium video will show you how to spot specific games and quickly understand the difference between genuine lack of interest and methods being employed to gain a specific response.

103: HOW AND WHEN TO TAKE ACTION When dealing with those who play games, the first impulse is to act out of emotion and do something to make yourself feel better in the moment. Many times, very little thought goes into these actions and they are soon followed by regret. This premium video will tell you how to act and more importantly when to act in order to get the maximum results and avoid dealing with regret.

104: AFTER YOU MESS UP Of course it is easier to stop the game when you have created a plan before hand and haven't made any mistakes however, we are all human and of course we will mess up. This premium video shows you what to do after you mess up. This video will show you how to get back on track and avoid making the same mistakes over and over again. 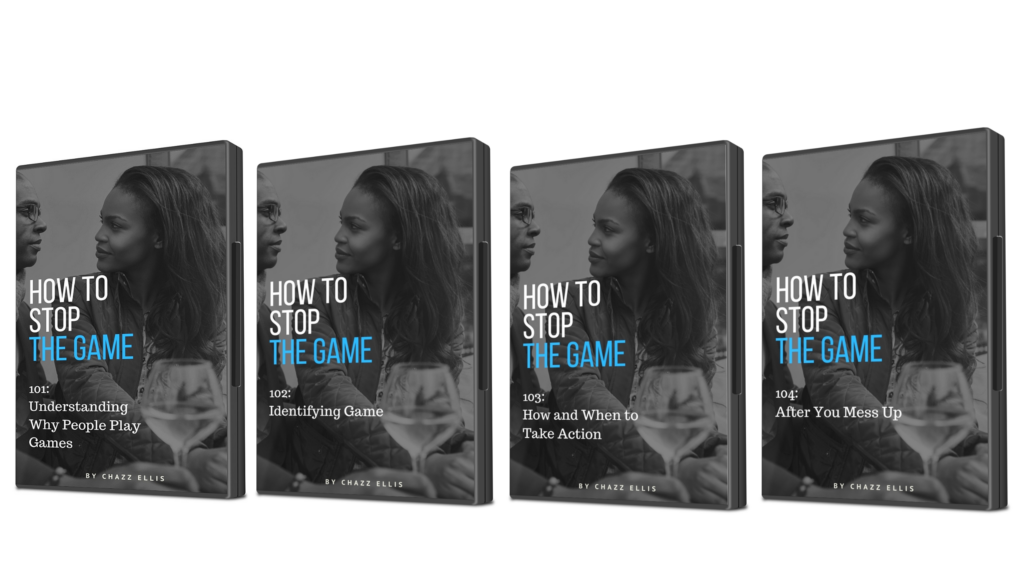